The Netherlands is an innovation Leader, according to the Innovation scoreboard 2020, released by the European Commission.  Over time, performance has increased relative to that of the EU.  Sweden continues to be the EU innovation leader, followed by Finland, Denmark and the Netherlands.

The Netherlands shows the highest positive difference to the EU in FDI net inflows, Top R&D spending enterprises and Basic-school entrepreneurial education and training, and the biggest negative difference in Employment share in manufacturing, Enterprise births and Employment share high and medium high-tech manufacturing. Read more about the Netherlands in EU’s Country report.

Within the EU, innovation performance continues to increase at a steady pace. Since a few years, the performance among Member States has been converging, a trend that is growing.

The EU’s research and innovation programme for the years 2021-27 with a proposed budget of € 94.4 billion, will help accelerate Europe’s environmental and digital transformation, as also highlighted in the EU’s new Industrial Strategy. 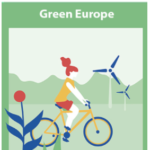 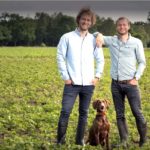