EU countries agree to ‘rapidly upscale’ hydrogen market. Member states have set aside their divergences on renewable vs ‘low-carbon’ hydrogen to focus on efforts to “rapidly upscale the market for hydrogen at EU level”.

The EU’s 27 member states adopted Council conclusions on hydrogen last Friday (11 December), bringing an end to weeks of tense discussions that saw proponents of renewable-only hydrogen clashing with those supporting a broader ‘low-carbon’ definition that also includes hydrogen made from natural gas and nuclear power.

At the end of the day, member states agreed to “rapidly upscale the market for hydrogen at EU level,” recognising that “emphasis should be given to hydrogen from renewable sources” of energy such as wind and solar power.

The clean-burning fuel will be used to target “in particular those sectors that are hard to decarbonise through other means” – mainly heavy industries like steelmaking and cement, or long-distance transport, which could struggle to switch 100% to electricity. 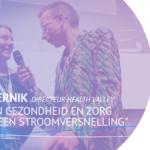 The next edition which