The National Growth Fund, a long term investment schedule in The Netherlands, puts billions of euros into research and development and infrastructure, the coming years. A selection committee led by former minister Mr. Jeroen Dijsselbloem announced which R&D proposals were selected, on Friday 9 April. This package, worth 1,35 billion euro, includes large two programmes in which the University of Twente (partner Think East Netherlands) is involved: on quantum technology and on artificial intelligence.

The largest R&D sum of the Growth Fund goes to the Quantum Delta NL consortium of which the University of Twente is a partner. The full proposal, with a value of 615 million euro, was allocated. Quantum computers will, expectedly, surpass current supercomputers in terms of processing power, speed and possibilities. They do not just use the ‘1’ and ‘0’ states for data processing, quantum bits can have more states at the same time enabling them to solve a problem by comparing many alternatives instantly. This is no longer just theory, ‘quantum supremacy’ was already demonstrated on some occasions. Quantum technology can also lead to safer networks and fully new generations of sensors. 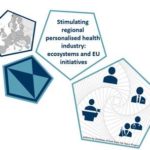 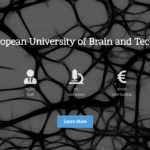 EU Open for Business – A New Compass for SMEs event