Hydrogen Europe and the S3 European Hydrogen Valleys Partnership cement cooperation to speed up the deployment of hydrogen in European regions. The partnership will enhance the development of hydrogen projects and foster economic prosperity across regional communities. It is a strong step towards implementing Europe’s decarbonisation goals while ensuring that all levels of society – local, regional, national and European – are well coordinated in a common effort.

A “hydrogen valley” is a geographical area where several hydrogen applications are combined into an integrated ecosystem that covers the entire value chain: production, storage distribution, and final use. Hydrogen valleys are set to become key hubs of the emerging hydrogen economy and enable the entry of cheaply produced clean hydrogen into the European internal energy market.

The cooperation between Hydrogen Europe and the European Hydrogen Valleys S3 Partnership brings the EU one step closer to growing a hydrogen market in Europe and integrating hydrogen into the EU energy mix. It aims to facilitate the investments into the local and regional hydrogen value chain and enhance the deployment of hydrogen technologies that best fit for any given region while ensuring synergies across Europe.

Getting the hydrogen technologies working in European regions is crucial for achieving the EU’s 2050 net-zero ambitions and boosting job creation.

“Hydrogen valleys are a critical piece of the hydrogen economy puzzle. Empowering European regions is key in strengthening European leadership in hydrogen technologies. Hydrogen valleys will ensure a comfortable transition to a greener energy and foster economic prosperity of EU citizens.”

Arturo Aliaga, Vice President and Regional Minister for Industry, Competitiveness and Entrepreneurship of the Government of Aragon, warmly welcomed

“the signature of the MoU between Hydrogen Europe and the European Hydrogen Valleys S3 Partnership coordinated by Aragon, Auvergne-Rhône-Alpes, Normandie and Northern Netherlands. These four leading European regions in the field of hydrogen are all represented here today to support this closer cooperation with Hydrogen Europe.”

The European Hydrogen Valleys Partnership was set up in May 2019 with 20 regions. It now gathers more than 55 regional and local authorities, all actively engaged in supporting the development of projects along the whole hydrogen value chain, making it the number one European network of local authorities dedicated to hydrogen”.

“In order to achieve the goals set by the Paris climate agreement and recalled in the EU Green Deal, it is crucial to reinforce the links between industrial players and local authorities. This will help setting-up bigger projects with a real impact on the ground.”

“This MoU will help us to collaborate more closely in the future with Hydrogen Europe on certain key aspects like project development. This will be possible thanks to the creation of a new Regional Pillar within Hydrogen Europe, which will have its own resources to foster these synergies.” 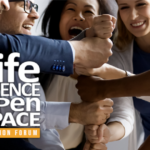 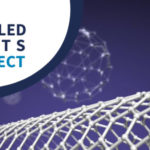 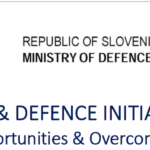