Food and Cognition studies link nutrition and our brain

Healthy Brain – The Food and Cognition project was initiated by highly renowned research institutions, that enjoy international recognition. This project is an inspiring example of crossovers between fields, in this case Food and Health, that lead to new insights and connections.

The Food and Cognition Program’s scientists from Radboud University (RU), Radboud UMC, Donders Institute, the Max Planck Institute and Wageningen University & Research (WUR), study how food affects our brain. Conversely, the influence of our brain on the choices that we make for healthy versus unhealthy food is being studied. The collaboration’s advantages for both regional industry and knowledge institutions are numerous.

As universities we are working together with industry and social parties. Although we do not limit ourselves to the region of Gelderland and Overijssel, that region does provide the agenda.

The idea for this study program started in 2009 already, and since then became subject to the Healthy Brain Program.

“We could not do this by ourselves”, explains Esther Aarts, content coordinator of Food and Cognition. “We are good at cognition in Nijmegen. But, in order to study the effect of food and drink on our brain we also need food knowledge. This is what Wageningen University does best.”

Professor Kees de Graaf from WUR, who studies the effect of the senses on eating behaviour, is enthusiastic about the relationship that has developed between the universities.

“Although there is a difference between campus cultures, the collaboration with top people in the field of cognition offers much inspiration and new possibilities. The result is the best of both worlds. For example, it helps us to understand the interconnectivity between areas of the brain through which eating behaviour can be stimulated better.” Meanwhile, the study program is not limited to the campuses of these two universities. “The universities’ international partners are also involved”, Esther Aarts tells us.

The collaboration between Radboud University and Wageningen University & Research has since been specified in a letter of intent and is becoming more and more concrete. The two universities, together with other Dutch universities and industries, submitted with NWO a crossover proposal for the study on the effect of food (and lifestyle) on cognitive deterioration during the ageing process. “We want to jointly take up these social relevant problems, and focus not only on this subject, but also on obesity, brain development and depressions.” Everyone involved in the study will contribute their own expertise. For example, the RU measures brain functionality of ageing people; the WUR is knowledgeable on the effects of food on the ageing process and the Twente University (UT) studies how e-health can ensure that elderly people adhere to eating patterns. “Whether or not we are allowed do this is in the future, but the fact that we are collaborating is already groundbreaking.”

For this reason, program coordinator Esther Aarts received the “Parel-award” for the Food and Cognition study program by the hands of the Economic Board director Sigrid Helbig, on 10 January.

Source: The Economic Board 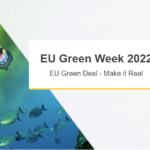 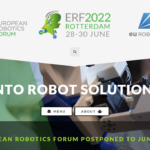