Food Production and the Trade Map

The ongoing health crisis has reinforced those voices calling for a greater degree of self-sufficiency for the European Union, in anything from raw materials to medicines.

When it comes to food production, the concept of a shorter supply chain had already been a part of the European Commission’s attempt to extend the Green Deal’s reach to food by the time COVID-19 hit the Continent. Initial sustainability concerns were supplemented by the economic outfall from the crisis, as well as uneasiness over dependability. This has led to talk of ‘food security’, which is slowly but steadily losing ground to the more wide-reaching concept of ‘food sovereignty’, especially in countries where traditional farming communities have long been under threat.

For a European Commission that has from the outset aspired to play a geo-strategic role, the narrative of thinking globally while buying locally seems conflictual. A potential attempt to decouple the European market from the international food supply chain might be met by a strong retaliatory response from global partners. Beyond that, it is questionable whether such a move is even feasible, given the high degree of integration of EU food production into global structures; the EU engaged in €254 billion worth of global agri-food trade in 2018.

Moreover, the impact on food diversity, as well as product availability and affordability, will have to be determined. Last but not least, social concerns over how such a move could affect food export-dependent developing countries in the Global South, but also in the bloc’s vicinity, call for careful consideration.

Join this EURACTIV Virtual Conference to discuss what the optimal policy mix for the future of food trade might look like, from both a European and global perspective. 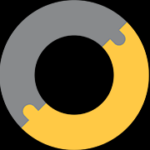