Smart Food Production – What are the key levers the EU can use to make the transition to sustainable food production? – The central theme of the Future Food Conference organized by EIT Food and Friends of Europe at the Town Hall Europe in Brussels on the 20th of November 2019. Two hundred participants from all over Europe attended this conference in order to discuss the current challenges in the food production and provide the European Union with policy recommendations on the future of food. The attendees varied from entrepreneurs, academics, EU-policy makers and representatives of corporates.

10.4% of the global population is coping with chronic hunger. – Marco Sanchez of the FAO opened this conference by setting the scene. – The global food production industry is responsible for a large amount of CO2 and nitrogen emissions. With the growing world population, the traditional way of producing food in not sustainable. In his analysis he mentioned that the current food output is unequally distributed. At the On the other side of the spectrum there are a large amount of people with diabetes or overweight. By pro-actively reducing the inequality of the food distribution and produce food in a smarter way we can tackle the climate impact and hunger effectively.

After the workshops, participants could give input in table sessions on the future policy and innovations to tackle the challenges related to the food industry. The take away message of this conference was:

Act fast and together to make an effective transition to a healthy and sustainable food production.

Our aim was to scout potential partners for Horizon 2020 and Horizon Europe agri-food projects. And look out for interesting food-related initiatives relevant for our region. East Netherlands was represented by Jouke Kardolus and Suradj Hiralal of the East-Netherlands Development Agency Oost NL. Both participants worki n the Business Development Food team and develop various initiatives related to sustainable food production. In case of food production, 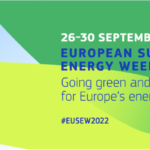 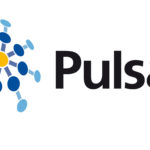